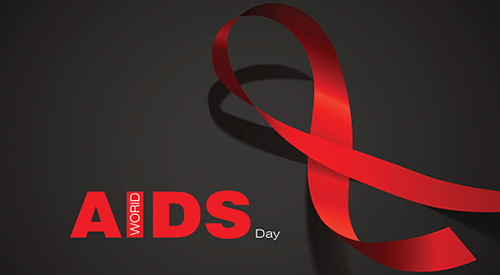 World AIDS Day has taken place on December 1 every year since 1988 – and offers people around the world a chance to show their solidarity in the fight against HIV. Since 1984, more than 35 million people have died of HIV or AIDS, making it one of the most deadly pandemics in history.1 Human immunodeficiency virus (HIV) is an infectious disease that attacks the human body’s immune system. If left untreated, the virus can lead to acquired immunodeficiency syndrome (AIDS). There is no cure for HIV, but it can be controlled with early detection and medications, particularly antiretroviral therapy (ART). However, of the estimated 1.1 million people in the United States who had HIV at the end of 2016, approximately 1 in 7 did not know they were infected.2  Moreover, nearly 40 million people were living with HIV/AIDS worldwide in 2018,3 with South Africa having the biggest HIV epidemic with 7.1 million people living with HIV. South Africa also has the biggest ART program in the world, and PrEP (pre-exposure prophylaxis) is now being made available to people at high risk of infection.4

VA is the single largest provider of HIV care in the United States, and VA leads the country in HIV screening, testing, treatment, research, and prevention. HSR&D has contributed to these achievements through the outstanding work of many investigators, including but not limited to the following studies.

HIV for Veterans and the Public

Routine evaluation of immune function with CD4 testing has long been regarded as an essential part of care for patients with HIV. However, recent studies suggest that patients who are not immuno-compromised and successfully use anti-retroviral therapy to suppress HIV do not benefit from periodic CD4 testing. Using VA data, investigators analyzed CD4 and viral load tests for 28,530 Veterans who received VA care for HIV from FY2009 through FY2013, evaluating trends in CD4 testing frequency and the number, cost, and results of CD4 tests considered optional under the guidelines. Findings show:

QUERI investigators previously developed, implemented, and evaluated a multimodal program to promote HIV testing, which more than doubled testing among at-risk Veterans. These results prompted a QUERI study that scaled up this intervention in a large number of diverse VA facilities providing primary care to nearly 200,000 Veterans previously untested for HIV. Investigators examined the effectiveness of promoting routine as well as risk-based HIV testing, and the effect of providing different levels of organizational support at study sites. Frequency of HIV testing in the six months prior to the intervention was then compared to the six months following the intervention. Study results show:

Unfortunately, vulnerable populations, such as low-income patients with chronic diseases, face difficulties accessing and using the Internet and My HealtheVet (MHV), VA’s personal health record system, for health-related purposes. This study developed and evaluated a four-session training intervention to increase skills in health-related Internet and MHV use for Veterans with low incomes and little computer experience, who were receiving VA healthcare for HIV or hepatitis C. Findings show:

The intervention also was adapted to use with rural Veterans with diabetes.

As the largest provider of HIV care in the U.S., VA provides an ideal setting to examine racial disparities in comprehensive measures of care, including those for common comorbid conditions. This study examined a national cohort of Veterans (n=23,974; 53% Black) in care for HIV in the VA healthcare system during 2013. Specifically, investigators quantified racial variation in a set of widely used quality measures related to antiretroviral therapy, common medical comorbidities, depression, and substance use disorder treatment. In addition to patient demographics, investigators also examined how neighborhood social disadvantage influenced racial disparities in HIV care. Findings show:

Important publications on HIV/AIDS by HSR&D investigators include but are not limited to: