Post-traumatic stress disorder (PTSD) is an anxiety disorder that results from exposure to a traumatic event. The event can happen once, or it can occur repeatedly over time. Traumatic events can include sexual or physical assault, a natural or man-made disaster, or wartime combat. After witnessing or being involved in such an event, it’s common to feel on edge, lose sleep, or have difficulty resuming daily life—however, when these symptoms don’t subside after a few months, it may be PTSD. While the experience of PTSD differs from person to person, four general types of symptoms have been identified:

Military deployments and combat exposures are a significant source of PTSD for our nation’s Veterans, and investigators with VA’s Health Services Research and Development Service conduct a variety of research studies that help build the evidence base to support effective PTSD treatment and delivery. Much of that research has contributed to VA’s development and use of effective PTSD treatments, including prolonged exposure therapy, peer counseling, trauma-focused psychotherapy, and complementary therapy. The following studies highlight both ongoing and recently completed investigations into PTSD therapy. 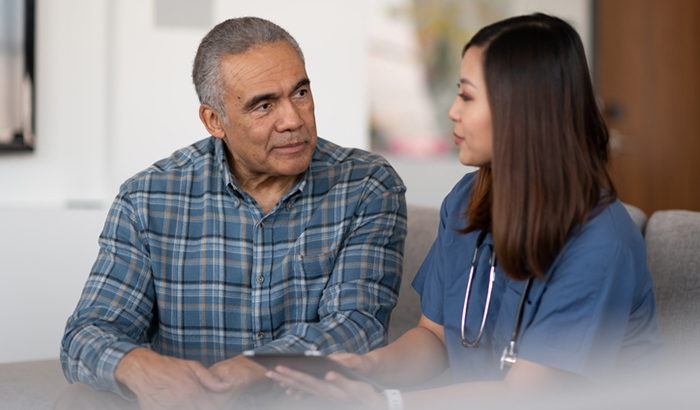 For patients with ischemic heart disease, cardiac rehabilitation (CR) can reduce cardiovascular mortality and improve health-related quality of life. However, for Veterans with co-occurring mental health conditions, such as post-traumatic stress disorder (PTSD) and depression, adherence to and participation in CR may be challenging. Results from this study showed that the presence of these mental health conditions does not lower overall participation in CR.

These data have the potential to support further engagement of patients with comorbid ischemic heart disease and depression and/or PTSD in collaborative care and preventive efforts to promote a healthy lifestyle—effectively managing both conditions and reducing future risk of hospitalization for ischemic heart disease.

Investigators used VA's national electronic health record to identify all Veterans hospitalized for heart attack or coronary revascularization at VA hospitals between 2010-2014, and identified 86,537 records. Of these Veterans, 24% (20,372) had experienced PTSD and/or depression.

Since only 34 VA facilities had onsite CR programs and it is common practice to refer patients to non-VA programs that are paid for by VA, investigators included both VA and non-VA CR in their analysis. Comorbid conditions, including PTSD and/or depression, were defined as one inpatient or two or more outpatient encounters in one year prior to the index hospitalization for heart attack or coronary revascularization. 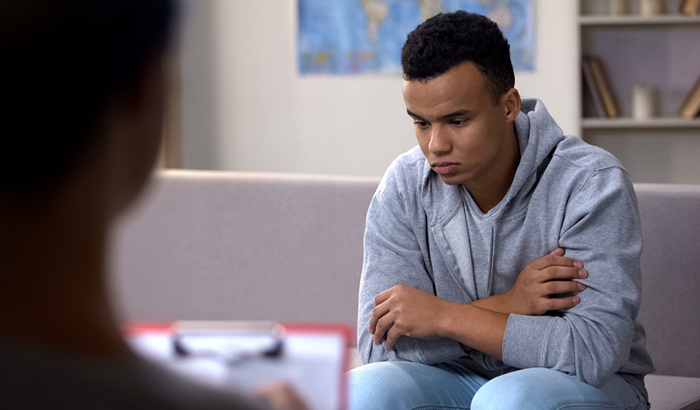 Since 9/11, VA and other Veteran service organizations have conducted intensive outreach and public health campaigns in an attempt to engage Veterans in mental healthcare; however, concerns regarding racial/ethnic disparities in both treatment engagement and outcomes persist. Results from this study suggest that when compared to the civilian population, military service and benefits available to Veterans may reduce racial/ethnic disparities among those seeking mental health treatment for PTSD, alcohol use disorder (AUD), and major depressive disorder (MDD). Specific findings include:

These data have the potential for wide impact throughout the VA system, and may contribute to health policy and care delivery decisions that promote health equity.

Using data from the National Epidemiologic Survey on Alcohol and Related Conditions-III, which includes a nationally representative sample of both Veterans and non-Veterans, investigators looked at racial/ethnic minority status, Veteran status, and access to VA healthcare for PTSD, MDD, and AUD. Investigators also assessed demographics and comorbidities.

Implications for Care
At least one in 10 Veterans meets criteria for post-traumatic stress disorder (PTSD) related to their military experience. Treatment for PTSD is widely available, and VA’s national initiatives   have increased Veterans' access to best-practice interventions. However, many Veterans with PTSD still do not seek mental health services due to perceived stigma and other barriers. A peer education resource for Veterans, AboutFace was developed, launched, and recently updated by the National Center for PTSD (NCPTSD) based on HSR&D-funded pilot data. AboutFace is a web-based gallery of Veterans with PTSD who share their personal stories about PTSD and how treatment has turned their lives around. Peers, in particular those with the same psychiatric condition, may be well-suited to deliver educational interventions targeting stigma.

In this ongoing study, investigators have compiled data that has guided improvements to AboutFace for increasing PTSD treatment initiation and engagement. If additional data show that AboutFace increases Veterans' initiation and engagement in PTSD treatment, study results will have broad implications for overcoming barriers to care for Veterans with PTSD and other stigmatized conditions.

Study Questions
Will AboutFace, a web-based video peer education resource, increase Veterans’ decision to both seek out and engage in treatment for PTSD?

About the Study
A total of 376 Veterans referred for treatment in the Charleston, SC PTSD clinic were in the study. Participants were randomized to receive AboutFace versus enhanced Usual Care (eUC). Both groups are receiving standard PTSD educational materials, and half have been randomly assigned to receive AboutFace. Visitors to the AboutFace site can ‘meet’ Veterans by watching their individual videos and hearing how PTSD has affected them through unscripted, authentic personal stories. Comparisons will be made across several measures including treatment engagement (i.e., initiated treatment (yes/no), total number of sessions completed); changes in stigma and attitudes toward seeking mental health treatment; and changes in PTSD symptoms and quality of life. Veterans will be assessed on these outcomes at baseline, 1 month, 3 months, and 6 months. In addition, interviews will be conducted with 20 to 30 VA PTSD Clinical Team Directors from a diverse range of PTSD clinics (ranging in size, location, and practice) to inform future implementation and dissemination initiatives.

This study has resulted in the following publications:

Bunnell BE, Davidson TM, Hamblen JL, et al. Protocol for the evaluation of a digital storytelling approach to address stigma and improve readiness to seek services among veterans. Pilot and Feasibility Studies. 2017 Feb 17; 3(7):7.

For many Veterans with PTSD, a combination of medication and psychotherapy is often effective in managing symptoms. However, for a variety for reasons, Veterans may also choose to explore complementary and integrative (CIH) treatment approaches. While the VA healthcare system has implemented several CIH programs, there are few randomized controlled trials that demonstrate yoga as having significant benefits for PTSD symptom management. Results from this randomized clinical trial showed that when using the Clinician Administered PTSD Scale and the PTSD Checklist, a holistic yoga program (HYP) reduced PTSD symptom severity significantly more than a wellness lifestyle program (WLP) at the end of treatment. As yoga has already been widely implemented throughout VA as a supported practice for pain management, these results could support additional application of yoga as a primary or adjunct therapy for PTSD treatment.

When compared to a WLP, will participation in an HYP demonstrate improvements in PTSD symptoms?

Findings
The HYP intervention reduced the severity of PTSD symptoms significantly more than the WLP by the end of treatment, but not at seven-month follow up. Each group maintained a statistically significant improvement from baseline to 7-month follow-up; however, the difference between each group was not detected after the 7-month follow-up period.

Co-authors Joanne Daggy, PhD, affiliate investigator, and Caitlin O'Connor, BA, project manager, are both with HSR&D’s Center for Health Information and Communication, in Indianapolis, IN. (Note: This study was funded by the VA Rehabilitation Research and Development Service.)