Spotlight on Substance Use Disorder

Substance use disorder (SUD) is a disease that affects a person's brain and actions and eventually brings about an inability to control the use of a drug or medication despite impairment in work, school, or home life1. SUDs include dependencies on alcohol, illegal and prescription drugs, and nicotine2. A National Institute on Alcohol Abuse and Alcoholism (NIAAA) study found that approximately 4% of Americans met criteria for substance abuse disorder in the past year, and about 10% had a drug use disorder at one point in their lives. Based on these findings, NIAAA Director George F. Koob, PhD, estimated that 23 million Americans have struggled with problematic substance abuse3. The National Institutes of Health (NIH) estimates that abuse of tobacco, alcohol, and illicit drugs costs Americans more than $740 billion annually in crime, lost work productivity and health care4.

Among Veterans, approximately 11% of those presenting for first time care at VA meet diagnostic criteria for SUD, with higher prevalence among males, unmarried, and younger Veterans5.  Almost 20% of Veterans returning from Iraq and Afghanistan suffer from PTSD, depression or traumatic brain injury which predispose one to substance abuse6.  In fact, nearly one third of Veterans seeking treatment for SUD also have PTSD7. SUDs have substantial negative consequences on Veterans' mental and physical health, work performance, housing status, and ability to function socially.

VA has a history of treatment accomplishments in SUD including documentation of a link between smoking and lung cancer by 1940, development of the nicotine patch, leading early trials of the effectiveness of methadone, finding that HIV-positive Veterans with alcohol problems suffered more severe HIV-related symptoms, and development of a vaccine for methamphetamine addiction and testing it in mice8. VA continues to seek innovative and effective treatment for SUD.

Following are examples of HSR&D studies seeking to improve care and outcomes for Veterans living with SUDs.

Cigarette smoking is the most lethal substance use disorder in the United States in terms of morbidity and mortality and Veterans living in rural areas are at particularly high risk. Rural Veterans are significantly less likely to access intensive clinic-based smoking cessation care, so efforts are needed to expand the reach of smoking cessation treatment options beyond the clinic. The use of intensive behavioral therapies, such as contingency management (CM), may be a useful component to increase the efficacy of smoking cessation interventions. CM has shown efficacy for reducing smoking in several difficult-to-treat populations. Recent developments in mobile health (mHealth) have made CM more portable and feasible.

In this randomized controlled trial (RCT), 310 Veteran smokers were randomized to receive Abstinence Reinforcement Therapy (ART), which combined five sessions of proactive cognitive-behavioral telephone counseling (TC), a tele-medicine clinic for access to nicotine replacement (NRT), and mobile contingency management (mCM), or to a control group which received the same proactive counseling and tele-medicine clinic as ART but did not include mCM. In order to verify smoking abstinence, participating Veterans randomized to ART used a mobile device and app to video themselves blowing into a carbon monoxide monitor. They could receive up to $250 in incentives for complete abstinence during the 4-week CM intervention. Both groups were surveyed at 3 months, 6 months, and 12 months post-randomization for self-reported and biochemically validated measures of smoking abstinence.

Impact:  Quit rates, including 12-month prolonged abstinence and 12-month bio-verified abstinence, were high in both arms indicating support for a strategy that includes both proactive recruitment and proactive counseling paired with a tele-medicine clinic for access to NRT. Further, this project demonstrates that mobile monitoring and reinforcement of smoking abstinence in Veterans is feasible. The addition of relatively modest abstinence incentives, however, was not more effective at producing short or long-term abstinence than proactive counseling and NRT alone.

Principal Investigator: Patrick S. Calhoun, PhD, is a clinical psychologist and researcher at the  Durham Center for Health Services Research in Primary Care; at the Durham VA Medical Center Despite the development and dissemination of clinical practice guidelines for the use of evidence-based treatment for substance use disorder (SUD), research suggests that less than optimal engagement and retention is still prevalent. Thus, there is a clear opportunity to develop acceptable and cost-effective ancillary substance abuse care to improve patient engagement, retention, and outcome. Therapeutic Interactive Voice Response (IVR) systems offer characteristics such as low cost, consistent delivery, and convenience, and have been shown to improve clinical outcomes in several chronic disorders. This study sought to evaluate the feasibility of implementing the Veterans Recovery Line (VRL), a cognitive behavioral therapy -based IVR system in a VHA SUD treatment setting.

Impact:  The promising findings from this project indicate that a full-scale efficacy/effectiveness trial is warranted. The system is low-cost and scalable and if shown to be effective in a full trial could improve patient outcomes throughout VA.

Publications resulting from this study are pending 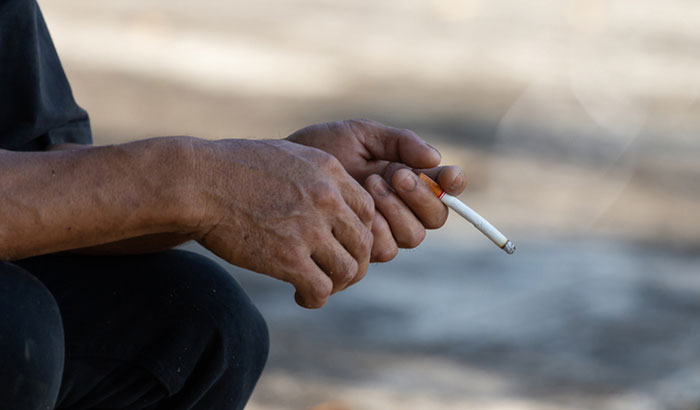 Researchers used staff surveys, interviews, and stakeholder engagement meetings to tailor and refine a facilitation intervention model that had been successful in other VA mental health implementation efforts. The intervention was then evaluated to ascertain impact on tobacco use, continuity of care for tobacco-dependent Veterans, and implementation costs.

TeleMonitoring to Improve Substance Use Disorder Treatment After Detoxification 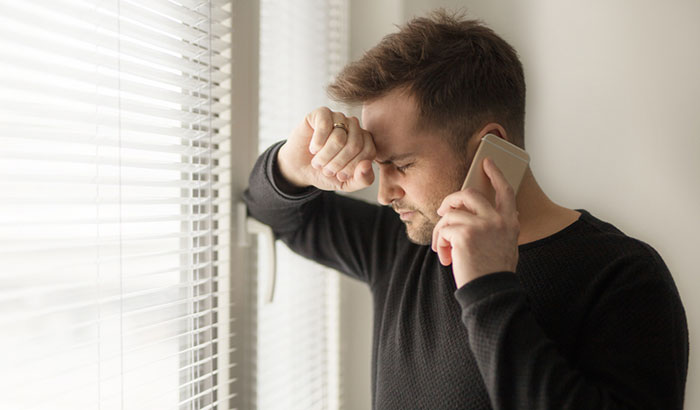 This randomized trial at Palo Alto and Boston VA Medical Centers, sought to implement and evaluate Enhanced Telephone Monitoring (ETM) to facilitate the transition from inpatient detoxification to SUD specialty treatment. Veterans received an in-person session while in the detoxification program, followed by coaching over the telephone for 3 months after discharge. The intervention incorporated two facilitation approaches - Motivational Interviewing, and Contracting, Prompting, and Reinforcing - to facilitate entry into treatment and mutual-help groups, and thereby reduce the likelihood of another detoxification episode.

Impact:  This study demonstrates that telehealth interventions are a promising tool to help eradicate the dangerous, costly pattern of Veterans obtaining inpatient detoxification services but not receiving the follow-up they need. These findings will be useful in accomplishing the Office of Mental Health and Suicide Prevention (OMHSP)’s goal of implementing the Uniform Handbook, by suggesting a low-resource intervention that is feasible to use routinely to decrease repeated detoxifcations among Veterans.