Stepped Care for Opioid Use Disorder, Train the Trainer Initiative

Spotlight on Substance Use Disorders and Opioids

Substance use and misuse is a major public health problem. Substance use disorders (SUDs) include dependencies on alcohol, illicit and prescription drugs, and nicotine. In Veterans, SUD commonly co-occurs with and complicates other conditions such as homelessness, unemployment, criminality, and other mental health conditions. Thus, SUDs have substantial negative consequences on Veterans' mental and physical health, work performance, housing status, and social function1.

Beginning in the late 1990’s opioid painkillers were marketed as the non-addictive key to addressing pain, which VA, adopting the American Pain Society’s phrase, had designated as “the fifth vital sign”2 concurrent with medical professionals nationwide taking to heart congressional interest in reducing barriers to pain management. The resulting opioid epidemic has been well-documented as having devastating impact on the American public and Veterans in particular3.

VA has a lengthy history of research and treatment of SUDs and related conditions, notably including linking cigarette smoking with cancer, methadone and naltrexone to treat addiction, and treatment for comorbid disorders such as depression and PTSD4. HSR&D continues to make opioid management research a high priority. Medication therapy, complementary care, treatment disparities, and alternative drugs are all current topics of research5. Below are examples of specific studies and projects HSR&D investigators are engaged in, to continue to improve the treatment of Veterans with SUDs.

ince the launch of the Stepped Care for Opioid Use Disorder, Train the Trainer (SCOUTT) QUERI initiative, the number of Veterans with opioid use disorder (OUD) who received buprenorphine increased by 164%, and the number of providers prescribing buprenorphine increased by 169%. This work is informing expansion of the program to additional sites, which began in early FY2021. QUERI SCOUTT investigators are inviting implementation clinic providers from each VISN to participate in interviews to understand provider behavior, patient perspectives on receiving care, and barriers and facilitators to implementing MOUD in non-SUD treatment settings.

Among Veterans receiving VA healthcare, there has been a sharp rise in the number of patients diagnosed with opioid use disorder: from approximately 25,000 in 2003 to more than 61,000 in 2019. As the largest provider of substance use disorder (SUD) treatment in the nation, one of VA’s priorities is to improve the care of patients with OUD and to encourage medication treatment for opioid use disorder (MOUD) to improve outcomes, reduce suicidality and OUD harm, and improve coordination of care along the continuum of OUD care. In response, VA’s Office of Mental Health & Suicide Prevention (OMHSP) initiated the Stepped Care for Opioid Use Disorder, Train the Trainer (SCOUTT) Initiative to facilitate access to MOUD in VA non-substance use disorder care settings.

Working closely with OMHSP, the SCOUTT QUERI’s primary goal is to increase MOUD prescribing in VA primary care, mental health, and pain clinics by training providers working in those settings how to provide MOUD – and to facilitate implementation by providing an ongoing learning collaborative. The SCOUTT initiative leverages a combination of implementation strategies, the train the trainer model, and educational offerings. The trainer or subject matter expert trains other practitioners within the SCOUTT Facilitation Implementation Team on a model of care for medication treatment for opioid use disorder to Veterans. The participating practitioner then learns the subject matter, implements it at their facility, and simultaneously learns how to teach the model and help the implementation of SCOUTT at another site within their facility or expand the program to another facility.

SCOUTT sites are spread out at VA sites across the United States. Although site visits have been put on hold due to the COVID-19 pandemic, virtual site visits and trainings have allowed newer sites to begin implementation. Having established at least one Level 1 clinic (primary care, mental health, pain clinic) at 18 different VA facilities, those teams are now charged with expanding to another facility to develop a Level 1 to start medication treatment for OUD. The SCOUTT initiative conducted a national 3-day virtual conference in September 2020. Teams from current SCOUTT facilities and “expansion sites” within their VISN were brought together to discuss SCOUTT, models of care, and MOUD treatment.

Week 3 - Opioid Agonist Therapy for Veterans with Opioid Use Disorder 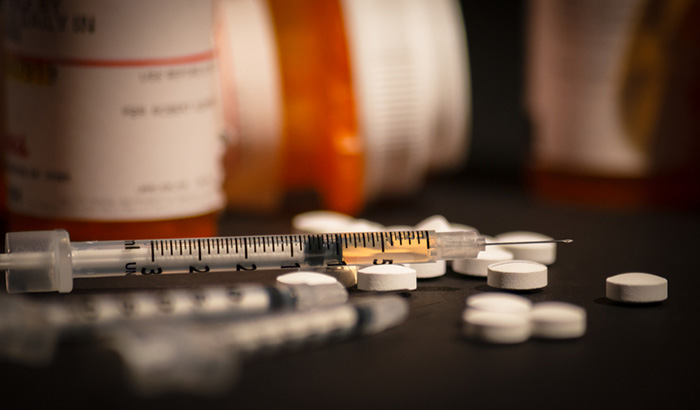 The national opioid crisis, as well as a growing prevalence of opioid use disorder (OUD) diagnoses among Veterans, resulted in a system-wide requirement that all VA facilities provide access to opioid agonist therapy (OAT) such as methadone or buprenorphine. This study sought to describe and examine patient- and hospital-level characteristics associated with the receipt of OAT during VA hospitalization. Researchers identified approximately 12,000 patients across 109 VA hospitals who were admitted for various reasons but also had an opioid use disorder diagnosis within 12 months prior to or during hospitalization.

A sub-analysis of this study cohort is exploring differential access to buprenorphine and methadone in the inpatient context by racial category. Additionally, upon request, investigators wrote a commentary about what non-VA organizations could learn from this work and ways to expand access to medications for opioid use disorder (MOUD). They suggested that decision-makers should consider the following four elements:

3) broaden the definition of the MOUD delivery system

Investigators: Jessica JB Wyse, PhD, MPP, is a Core Investigator, and Travis Lovejoy, PhD, is the Lead of the Implementation Science Core, both at HSR&D’s Center to Improve Veteran Involvement in Care (CIVIC) in Portland, OR.

Week 2 - Quality and Care of Substance Abuse and Psychiatric Treatment 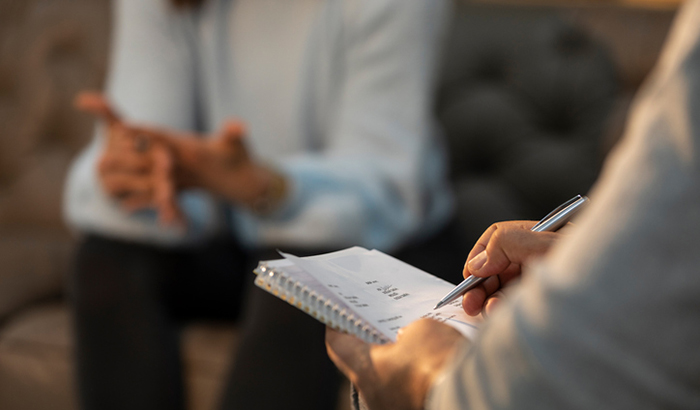 Veterans in medical/surgical care often do not receive the substance use treatment they need. The Drinking Options: Motivate, Shared Decisions, Telemonitor (DO-MoST) intervention is a promising way to improve treatment access and outcomes that has not been utilized with the challenging population of medical-surgical patients with untreated alcohol use disorders. This project is helping to accomplish VA's mission by increasing Veterans' access to, engagement in, and benefit from substance use treatment services, particularly among Veterans who are using VA medical services and need substance use services but are not receiving them.

In a given Fiscal Year, over 57,000 Veterans receiving VA inpatient medical-surgical services (excluding psychiatry and addiction treatment settings) have diagnosed alcohol use disorders (AUDs) in the medical record. This is likely an underrepresentation of the true prevalence of AUDs among Veteran medical-surgical inpatients, because these disorders often go undiagnosed during hospital stays. AUDs among VA medical-surgical patients are of critical concern because AUDs and medical conditions exacerbate each other, and AUDs that co-occur with medical conditions increase the use of costly health services. Medical-surgical settings are well-suited to addressing AUDs because they provide a safe and structured context in which to engage Veterans in a discussion of their drinking and treatment options. Yet, there are no evidence-based strategies to improve outcomes in this patient population. Study investigators have identified an intervention, Drinking Options: Motivate, Shared Decisions, Telemonitor (DO-MoST), as a potential solution to the critical need for evidence-based strategies to bridge the gap between medical-surgical care episodes and AUD treatment.

The primary hypotheses are that patients in the DO-MoST condition, compared to patients in UC, are more likely to:

1) Initiate and engage in AUD help for a longer duration.

2) Have better AUD and medical outcomes.

3) Have fewer and more delayed hospitalizations and emergency department visits.

The project is further informing future broader implementation of DO-MoST through a qualitative process evaluation at the intervention sites, using the Reach, Effectiveness, Adoption, Implementation, Maintenance  (RE-AIM) framework. The purpose is to provide guidance for VA facilities' adoption of DO-MoST in the future, including the operations partner that would hold primary ownership, and possible adaptation for diverse subpopulations of Veterans. 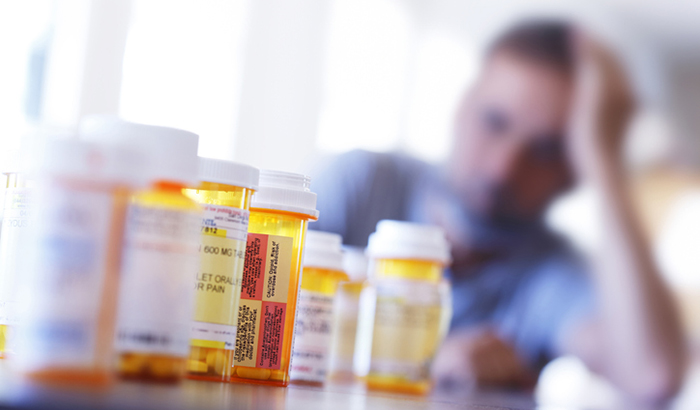 The Effectiveness of a Rescue Medication in Preventing Opioid Overdose in Veterans study showed that Veterans were at higher risk of overdose/suicide death after stopping opioid treatment, with increasing risk the longer they had been treated before stopping. In a related effort, VA’s National Opioid Overdose Education and Naloxone Distribution (OEND) program launched the Rapid Naloxone Initiative, which has prevented approximately 1,600 potentially lethal overdoses via the timely distribution of Naloxone to Veterans.

Elizabeth Oliva, PhD, of HSR&D’s Center for Innovation to Implementation (Ci2i) examined the associations between stopping outpatient opioid treatment, length of opioid treatment, and overdose/suicide death among VA patients. Focusing on the early implementation period of VA’s opioid safety initiative, Dr. Oliva and colleagues used VA data to identify nearly 1.4 million Veterans with any outpatient opioid analgesic prescription during FY2013, as well as mortality rates due to overdose or suicide through FY2014. Length of opioid treatment was categorized as ≤30 days, 31-90 days, 91-400 days, and >400 days.

Analysis indicated that opioid safety efforts should take a broader patient safety perspective and consider risk mitigation from a patient-centered perspective. This includes addressing patient risk factors other than opioid prescriptions that place patients at risk for overdose or suicide after opioid initiation and cessation, especially in the first three months post-initiation and post-cessation. Early study results were communicated to the FDA, VA clinicians were provided education to maintain monitoring and engagement of patients in care subsequent to opioid cessation via the National Pain Office, and Office of Mental Health and Suicide Prevention, and clinical decision support tools were revised to enable population management of patients subsequent to opioid cessation.

Investigator: Elizabeth Oliva, PhD, is an Investigator at HSR&D’s Center for Innovation to Implementation (Ci2i) at the VA Palo Alto Health Care System.