Women have played a role in national defense since the founding of the country.  Currently, women serve in every branch of the US military, representing 15.5 percent of active-duty military and 9.4 percent of the Veteran population—and that number is expected to be 16.3 percent by the year 2042.[1]  The number of women Veterans using VA healthcare has almost doubled over the 15-year period from 2000 to 2015, rising from 13.1 percent in 2000 to 22.4 percent of all women Veterans in 2015. [2] 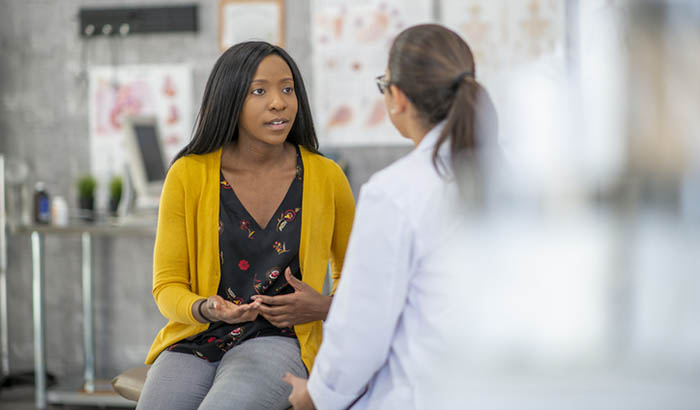 The Veterans Choice Program (VCP) was launched in 2014 to address the growing concerns about the timeliness and quality of Veterans Health Administration (VHA) care. With the recent implementation of the MISSION Act, data arising from the VCP can be useful in determining what services Veterans will use in VHA vs. in the community. Further, many health services for women—such as mammography and maternity care—are not routinely provided in all VHA facilities, and women Veterans may therefore rely disproportionately rely on community-provided care. In this study, investigators sought to understanding the provision and coordination of VCP care in order to ensure that care is not fragmented across the two healthcare systems.

To represent a broad spectrum of potential experiences with VCP care across the nation, investigators used VHA administrative data to examine all VA Medical Centers according to the percent of women Veterans who received VHA-funded outside care (i.e., VHA fee-basis care) for any medical or mental health condition in fiscal year 2013. Thirteen VA medical centers were randomly selected, and letters were sent to 100 women per facility (n = 1300), inviting them to participate in a telephone interview with regard to their fee-basis care. Study enrollment included an opt-out procedure: Women not interested in the study could call a toll-free number and decline participation. Overall, investigators made follow-up calls to 1046 women at 13 facilities over the course of two years.

Findings. Overall, 148 women Veterans participated in the study. Forty-two percent of the women had used VCP during the study period, and these were the interviews that served as the basis for analysis in this study. There were four relevant, novel, and common major themes that emerged which characterized key perspective of women Veterans with regard to VCP:

Impact: Given that the use of non-VA care is increasing within the VA system—particularly given the implementation of the MISSION Act—understanding the provision, coordination, and perceived quality of this type of care is of utmost importance as VA continues to understand how to provide the best comprehensive healthcare for women Veterans.

Continued Improvements in Cardiovascular Care and Research for Women Veterans 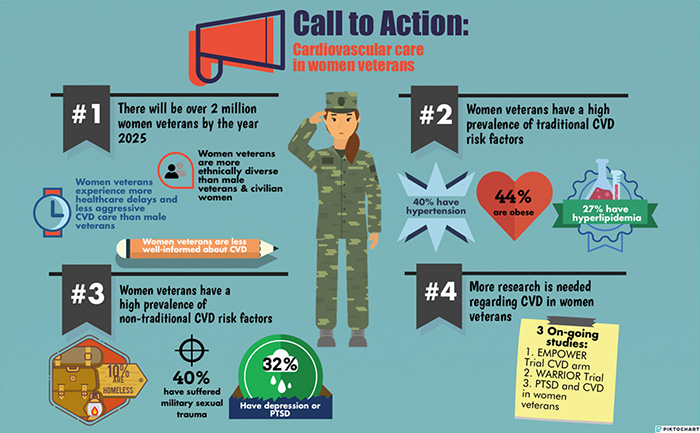 In this paper, published in Circulation: The Journal of the American Heart Association, investigators sought to assess and characterize the following areas of CVD care for women Veterans:

Sociodemographics: Women Veterans’ sociodemographics have changed dramatically over the past decade. The largest group of women Veterans is between the ages of 44 and 65, but a second group—from ages 20 to 30, who served in Iraq and/or Afghanistan—has grown quickly. Women Veterans are also more ethnically diverse than male Veterans or their female civilian counterparts.

Traditional Risk Factors: Veterans have been found to be at increased risk for developing new-onset heart disease, even after controlling for traditional cardiovascular risk factors. In particular, women Veterans have higher rates of obesity than the general population and their male counterparts. In addition, women Veterans outpace the general population for diabetes mellitus prevalence in every age category, and are less likely than male Veterans to be on lipid-lowering therapy for both primary and secondary prevention of CVD – or to successfully quit smoking.

Less Traditional Risk Factors: Compared to civilian women, women Veterans have a 4-fold increased risk of homelessness, experience more sexual assault than civilian women, and are much more likely to have a diagnosis of depression or PTSD than male Veterans.

Treatment and Outcomes: Women have differences in CVD presentation, receive fewer diagnostic tests and less aggressive medical and interventional therapies, and have been shown to have worse morbidity and mortality.

Implications. The rapidly growing number of women Veterans represents a specific at-risk population with characteristics that set them apart from their male counterparts, as well as their civilian sisters

regarding CVD risk factors and CVD recognition, diagnosis, treatment, and possibly outcomes. Significant advancements have been made over the past decade in better characterizing CVD in women Veterans, but there remains a large gender gap and paucity of prospective, randomized, interventional clinical trials. The time is now to continue to push to the forefront the cardiovascular care of women Veterans—to help save the hearts and lives of the women who have bravely served our country. 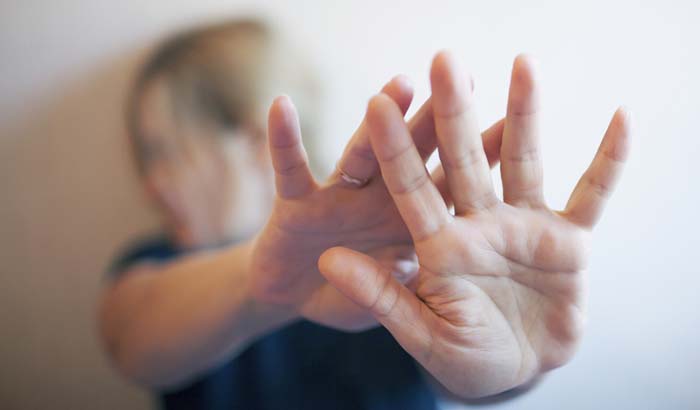 Women Veterans face disproportionately high rates of Intimate partner violence (IPV)—psychological, physical, and/or sexual violence or abuse by a current or former intimate partner. Given the increasing numbers of women Veterans using VA care, and the wide-ranging adverse impacts on health and wellbeing, IPV is an important topic for research in VA. Given the sensitive nature of this subject, VA investigators would like to better understand how to successfully recruit and retain research participants, and gain more insight about their experiences participating in research studies.

In this study, investigators used data collected as part of a longitudinal study on health, safety, empowerment, and engagement with IPV-related services among women VA patients who had self-reported IPV in the 12 months prior to enrollment. A total of 169 women VA patients were enrolled and completed baseline assessments; 149 (88%) were retained for follow-up assessments at 6-9 months post-baseline. In-depth interviews were conducted with 50 of the participants and included questions about participating in the study, including what motivated them to participate and what it was like sharing their IPV experiences with researchers.

Findings. While some women experienced emotional strain during or after study visits, they also expressed value in sharing their experiences, and several found the experience personally beneficial. Participants expressed that disclosure was facilitated by interviewers' empathic and neutral stance, as well as the relative anonymity and time-limited nature of the research relationship. Women Veterans also expressed a desire to help others as a primary motivation for study participation.

Results also showed that direct outreach to women VA patients to participate in research interviews about IPV experience was feasible and effective, and proved more fruitful than reliance on provider or patient self-referral. Of the total cohort (N=169), 92% were recruited via direct outreach by the research team (63% via letter, 29% in-person) compared to provider or patient self-referral (3.6% and 4.1%, respectively).

Implications. Study data provide support for the feasibility and acceptability of engaging women survivors of recent or ongoing IPV in research. Investigators also emphasize that safety measures are of paramount importance when working with women who are at increased safety risk owing to IPV. This may have wider policy implications for VA regarding appropriate training for interviewers and research staff to ensure that both clinical and research work is conducted in an empathetic, supportive, confidential, and non-judgmental manner. 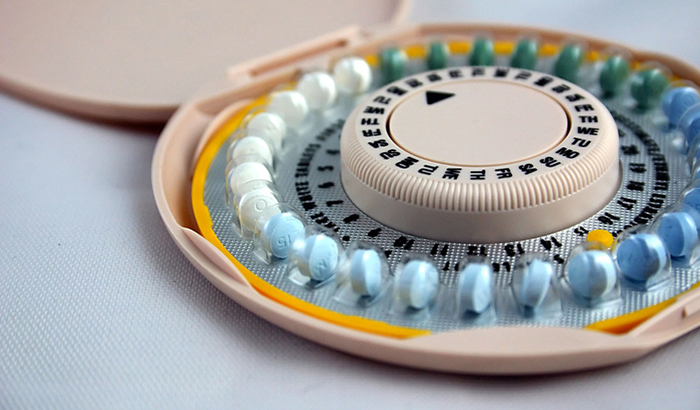 Like most US health plans, VA currently stipulates a three-month maximum dispensing limit for all medications, including oral contraceptive pills (OCPs). However, 12-month OCP dispensing has been shown to improve continuation, decrease coverage gaps, and reduce unintended pregnancy in other practice settings. Despite mounting evidence favoring 12-month dispensing strategies for improving contraceptive access and reproductive outcomes, the financial consequences for VA are unclear, and will likely shape policy decisions. Thus, this study sought to determine the expected financial and reproductive health implications for the VA healthcare system in implementing a 12-month dispensing option for oral contraceptive pills. Investigators developed a decision model—from the VA payer perspective—to estimate incremental costs to the healthcare system of allowing the option to receive 12 months of OCPs upfront, as compared to the standard three-month maximum, over one year. A cohort of 24,309 women was used to calculate total annual costs, based on the number of VA enrollees who filled an OCP prescription during fiscal year 2017. Pregnancy outcomes included abortion, miscarriage, and live birth.

Implications. Investigators suggest that 12-month dispensing will have significant impact on women Veterans, including improving contraceptive access, potential for increased adherence, and facilitating an individual’s ability to manage their reproductive lives as they see fit. Secondary benefits include significant cost savings to VA.

[1] The Past, Present, and Future of Women Veterans. National Center for Veteran Analysis and Statistics. Department of Veterans Affairs. February 2017. https://www.va.gov/vetdata/docs/SpecialReports/Women_Veterans_2015_Final.pdf