Alcohol use disorder (AUD) and substance use disorder (SUD) are chronic conditions characterized by an impaired ability to stop or control the use of alcohol or other substances (such as prescription medications or recreational drugs) despite the adverse social, occupational, or health consequences. Both AUD and SUD encompass the conditions that some people refer to as alcoholism or drug abuse. According to the Substance Abuse and Mental Health Services Administration’s 2020 National Survey on Drug Use and Health (NSDUH) approximately 19 million people aged 18 or older had a substance use disorder in the past year. Further, AUD and SUD often occur in those with co-occurring psychiatric disorders (i.e., anxiety and/or depressive disorders), which can make diagnosis and treatment challenging. Among Veterans, NSDUH data indicated that nearly 4 million Veterans had a mental illness and/or SUD, and approximately 1 million Veterans had AUD. Both AUD and SUD can contribute to serious medical conditions, including cancer and liver disease.

In order to provide Veterans with the best care for AUD or SUD, investigators with VA’s Health Services Research and Development Service (VA HSR&D) conduct a variety of studies. The following represent just a few of those ongoing and completed investigations. 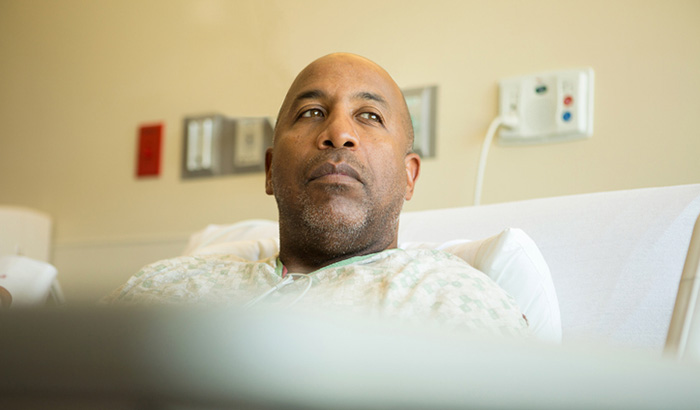 Medication for opioid use disorder (OUD), including buprenorphine and methadone, is considered gold standard treatment. Clinicians increasingly work with patients prescribed buprenorphine for OUD who present for surgery and require perioperative pain management. There is evolving consensus that buprenorphine should be continued during the perioperative period, but little is known about clinician and health system practice in this area, or how it may vary by patient characteristics. This retrospective cohort study sought to describe practice patterns of perioperative buprenorphine use within VA – and patient outcomes up to 12 months following surgery. Findings indicate that holding buprenorphine perioperatively does not align with emerging clinical recommendations—and carries significant risk. Investigators recommend that educational campaigns or other provider-targeted interventions may be needed to ensure patients with OUD receive recommended care before and after surgery.

This retrospective cohort study sought to describe practice patterns of perioperative buprenorphine use within VA—and patient outcomes up to 12 months following surgery. Using VA administrative data and medical record review, investigators identified all VA patients prescribed buprenorphine for OUD with an inpatient surgery in 2018 (n=183; 95% male, 77% white). They examined the incidence of buprenorphine dose hold prior to, during, and immediately following surgery, and post-surgical outcomes. Socio-demographic and clinical characteristics associated with perioperative hold also were assessed. 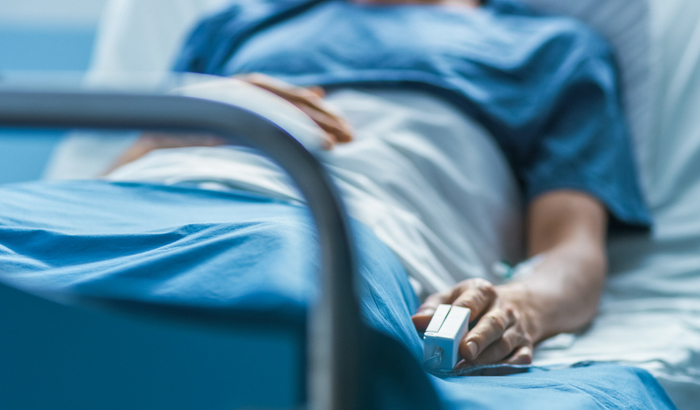 Fatal drug overdose continues to be the leading cause of accidental death in the United States. Opioids have been a key focus of overdose prevention and treatment efforts, but recent trends also show stark increases in stimulant-involved overdoses. This study highlights vulnerable patient characteristics and treatment gaps for Veterans who die from stimulant overdose, suggesting a need for increased focus on polysubstance use treatment as well as distinct treatment needs based on stimulant use type.

In 2020, the Centers for Disease Control and Prevention issued a Health Alert about an acceleration in stimulant-related overdoses (with and without opioids). However, little is known about characteristics of people dying from recent stimulant overdose. In this retrospective cohort study, investigators linked National Death Index and VA data in order to describe trends in stimulant-alone and stimulant and other substance use overdose deaths among Veterans from 2012 to 2018—and to measure patient and treatment use characteristics across stimulant-related overdose death profiles. 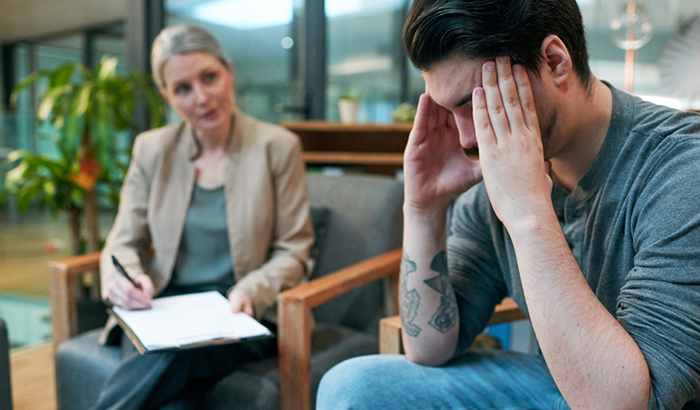 Up to 60% of Veterans using VA care who seek treatment for bipolar disorder (BD) have a co-occurring substance use disorder (SUD). These Veterans usually have poor treatment adherence and poor clinical outcomes, high rates of suicide, and increased psychiatric hospitalization. Further, there are currently few treatment options available for these Veterans during the critical period following hospital discharge. If results from this study of the Integrated Treatment Adherence Program (ITAP) are shown to be effective, they will be used to support implementation of treatment for Veterans with bipolar disorder following hospital discharge for SUD.

Veterans who transition from psychiatric hospitalization to outpatient care are at heightened risk for treatment nonadherence, mood/substance relapse, deaths due to opioid overdose, and suicide. Nonadherence to treatment is a significant problem among patients with BD, which is further magnified among those with SUDs. Nonadherence leads to increased need for psychiatric readmission. Patients with bipolar disorder recently discharged from inpatient care are particularly likely to discontinue pharmacotherapy, relapse to substances, and attempt suicide. Of particular concern are disproportionately greater rates of suicide in Veterans with BP relative to those with other mental health conditions. Veterans with bipolar disorder who use substances, particularly alcohol and opioids, have the highest suicidality and mortality rates.

To date, there is little research on effective and feasible behavioral aftercare interventions designed to improve treatment adherence in this high-risk, comorbid population at the critical period following hospital discharge. However, empirical work suggests that ITAP may be an ideal therapeutic approach to improve treatment adherence and clinical outcomes in Veterans when transitioning to outpatient care following hospitalization. ITAP is an innovative psychosocial intervention designed to improve treatment adherence and reduce suicidality, bipolar symptoms, and substance abuse among high-risk patients. Investigators are evaluating the effectiveness of ITAP in a sample of 140 Veterans with bipolar disorder and SUD, who are being randomized to receive either the ITAP intervention or a Safety Assessment and Follow-up Evaluation comparison condition, both delivered as adjuncts to VA’s standard approach to care. Veterans have been recruited from the inpatient psychiatric unit at the Providence VA Medical Center, and will be assessed at baseline, three- (mid-treatment), six- (post-treatment), and nine-months follow-up.

Jane Metrik, PhD, is an investigator with the Center of Innovation for Long-term Services and Supports in Providence, RI. 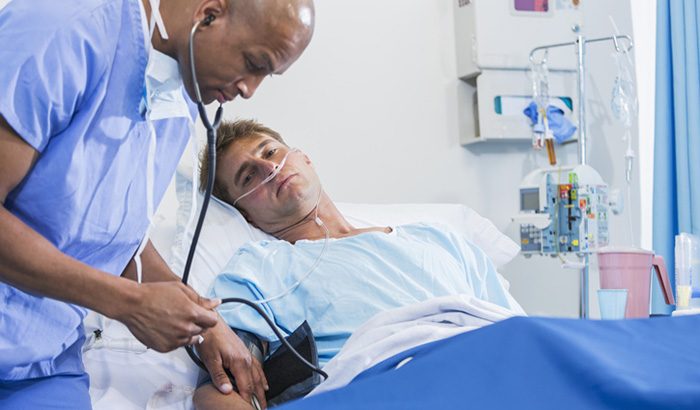 For Veterans using VA care, the emergency department (ED) is an important portal for entry into the VA healthcare system--particularly for Veterans experiencing hazardous or harmful drinking. This study is one of the first attempts to directly test the impact of peer-delivered alcohol interventions and mentorship to link with and engage patients in VA primary and specialty care through the ED. Investigators expect that results will show the intervention to have a potentially significant, positive impact on Veterans and on the VA healthcare system. For Veterans with more serious alcohol problems, linkage to primary and specialty care may reduce ED visits and improve their mental and physical health outcomes. For the VA system-wide, the intervention may result in more appropriate allocation of resources.

In this ongoing randomized clinical trial, investigators are comparing a brief Alcohol Peer Mentorship intervention starting in the ED—combined with six strengths-based booster sessions—to the enhanced usual care of Brief Advice. The Peer Mentorship intervention includes a Veteran Peer research assistant who will contact the study participant once in the ED upon enrollment, and up to six times after enrollment over the course of two months. Participants in the Brief Advice group will be offered standard VA care practices when a patient endorses hazardous drinking behaviors; they also will receive a resource pamphlet on alcohol and other health issues.

Investigators have enrolled approximately 450 Veterans with hazardous drinking behaviors who received care in the VA Ann Arbor Medical Center ED. Participants were randomly assigned to the Alcohol Peer-Mentor intervention (n=225) or the Brief Advice comparison group (n=225). Patient assessments regarding alcohol use, healthcare utilization, and other mental health and wellness factors will occur at baseline, 3-, 6-, and 12-months following enrollment. Interviews with a subset of Veterans, peers, clinicians, and clinical leaders are being conducted to assess potential barriers and facilitators to the implementation of this approach in VA emergency departments.

Paul Pfeiffer, MD, MS, is an investigator with the HSR&D Center for Clinical Management Research in Ann Arbor, MI