Spotlight on Preventing Suicide among Veterans

If you’re a Veteran in crisis or concerned about one, there are caring, qualified VA responders standing by to help 24 hours a day, 7 days a week. Call 988 and select 1, Text 838255, or Chat online... Learn more

The COVID-19 pandemic has brought to the fore a mental health crisis in the United States. Veterans are at particular risk of mental health struggles, with a suicide rate that is 1.5 times higher than that of the overall U.S. population. [i] According to the 2021 National Veteran Suicide Prevention Annual Report, fewer than 50 percent of returning Veterans who need mental health treatment receive it. In the fall of 2021, the White House outlined five priorities for reducing suicide among the military and Veterans:

HSR&D and QUERI have supported several initiatives on suicide prevention. Recently, QUERI funded Dr. Joseph Geraci and his team to evaluate the impact of the Veteran Sponsorship Initiative (VSI)—a national sponsorship initiative for transitioning servicemembers—on Veteran outcomes, including suicide ideation and behaviors. Recognizing that young Veterans are at significant risk during the three years after they exit the military, the VSI seeks to intervene with young transitioning Servicemembers by:

The VSI will be executed using a stepped wedge design (from 2021 to 2024), which relies on a sequential rollout to participating cities over time, while using other cities as controls until they begin implementation.

Dr. Joseph Geraci partnered with QUERI and Erin Finley, PhD, MPH, part of HSR&D’s Center for the Study of Healthcare Innovation, Implementation and Policy (CSHIIP), to evaluate the VSI. This evaluation seeks to determine the effectiveness of the initiative by measuring reintegration difficulties, social support, psychological distress, suicidal ideation and behaviors, and the use of VA and non-VA healthcare. Investigators will also examine the feasibility of implementing the VSI in six cities in Texas. Servicemembers who transition to cities without the VSI will experience their transition from military to civilian life as usual, such as with services from the Transition Assistance Program, while Servicemembers who transition to cities that have implemented the VSI will have access to the VSI’s connections to services in their community.

The importance of this work is represented best by Dr. Geraci, who stated, “In the military, all Servicemembers have leaders to help them through challenges and transitions. There is no such universal support when they enter civilian life, thus contributing to the deadly gap between military and civilian life.”

Joseph Geraci, PhD, is a retired U.S. Army infantry/ranger officer with numerous deployments to combat, an investigator, and clinical psychologist at the James J. Peters VA Medical Center, Bronx, NY, and co-director of the Transitioning Servicemember/Veteran And Suicide Prevention Center (TASC). He also leads QUERI’s Veteran Sponsorship Initiative. His work was featured in an HSR&D podcast on Evaluating the Transitioning Servicemember Support Program. 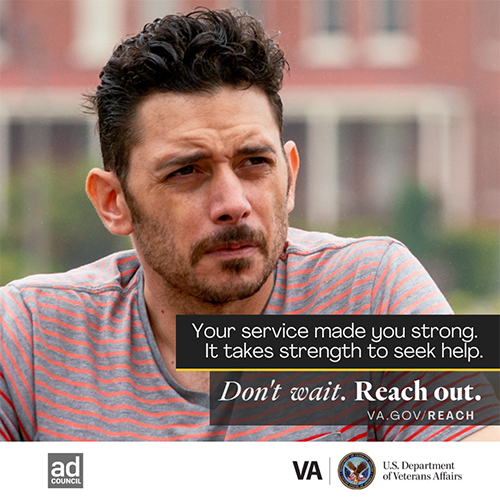 Veterans are more likely to use firearms as a means of suicide than the general population, and reducing access to such lethal means is one of the few empirically supported approaches for lowering suicide rates. VA is investing in efforts to move suicide prevention efforts “upstream”—to populations not necessarily viewed as high risk. For example, primary care teams could encourage patients to improve household safety and reduce suicide risk by putting distance between their firearms and themselves, particularly during times of emotional distress.

Discussing FSS with Veterans in primary care settings is a promising upstream approach that can complement other suicide prevention efforts but must be conducted in a Veteran-centric manner.

Despite a great need for treatment, more than half of returning Veterans at risk for suicide do not initiate mental health services. Such findings underscore the urgent need for strategies to increase treatment seeking among recently separated Veterans vulnerable to self-directed violence and resistant to initiating mental healthcare. VA has embarked on the regular use of communication campaigns as part of a public health approach designed to reach the larger Veteran population with messages promoting help seeking. What types of messages effectively change beliefs and behaviors for at-risk Veterans is unclear.

This ongoing (May 2021–April 2025) study aims to develop and test the use of public messaging to increase treatment seeking among Veterans at risk for suicide and resistant to seeking mental healthcare following separation from military service. Researchers will conduct individual interviews to guide the design of effective public messages that will be subsequently tested to determine exposure effects among the targeted audience vs. a control group. Facilitators and barriers of message use will be examined to improve the intervention and its delivery.

This represents the first study to systematically develop public messaging strategies for populations at risk for suicide. If successful, it will result in a portable data-driven intervention that can be deployed at low cost to effectively reach and engage Veterans in need of mental health services.

Elizabeth Karras-Pilato, PhD, is co-research director at the VA Center of Excellence for Suicide Prevention in Canandaigua, NY. Reducing suicide and suicide attempts among U.S. Veterans is a major national priority, as more than 6,000 Veterans die by suicide every year and many more attempt suicide. Current VA suicide risk prediction models suffer from high numbers of false negatives—Veterans not deemed at high risk of suicide who do attempt or die by suicide—and do not incorporate the rich information from clinical progress notes that may improve the ability to predict suicidal behavior. A suicide-specific ontology and information extraction system that extracts information about hopelessness, connectedness, psychological pain, and capacity for suicide from unstructured clinical progress notes is not available.

Enhancing VA's ability to identify Veterans who are most likely to attempt suicide ensures that limited intervention resources can be focused on Veterans with the highest risk. Investigators will be in regular contact with VA’s Office of Mental Health and Suicide Prevention to facilitate implementation of their results in STORM and REACH VET.

[i] Kalvesmaki A, Chapman A, Peterson K, et al. Analysis of a National Response to a White House Directive for Ending Veteran Suicide. Health Services Research. March 3, 2022; online ahead of print.